About the Angenieux Optimo Anamorphic Zoom

The Angenieux 44-440mm is a new approach to rear anamorphic lenses. Made in France, this new lens design gives shooters the performance of an Angenieux 25-250mm T3.5, with a 2x anamorphic squeeze factor and dramatic lens flares not typically associated with rear anamorphic lenses. The lens covers a huge range of focal lengths and brings the performance and convenience of shooting on Angenieux zooms to the world of anamorphic shooting.
"Once you actually shoot with it and you see how beautiful the images are and you realize you have this massive focal range, the lens speaks for itself."
Illya Friedman, Hot Rod Cameras

There are not many 2x squeeze 10:1 anamorphic lenses you can rent, and there's even fewer that you can purchase. Arguably the market leader for cinema zooms, Angenieux took audacious steps when the brought the first modern 10:1 anamorphic zoom for purchase to the market. The 44-440mm starts at about $75,000 and it makes a beautiful image all the way through the entire zoom range. Lens is parfocal, image is sharp, flares are beautiful and the mechanics are first rate.

This lens has the classic horizontal flare effect found in front anamorphic lenses, even though the anamorphic portion of the lens is in the rear.  This rear anamorphic doesn't offer vertically stretched bokeh effects, however, it does offers the very real benefit of allowing the owner the option of purchasing a relatively inexpensive spherical assembly to convert the lens into an Angenieux Optimo 25-250mm T3.5 Zoom. The swap from anamorphic to spherical (and vice versa) can be done in less than an hour by a qualified tech or trained owner-operator.  This effectively gives the owner 2 incredible long zoom lenses in one.  It's already been used on a number of studio movies, and I expect you'll be seeing this lens on a lot more sets in the coming years.

The only rear anamorphic zooms of this test, I had low expectations for the 44-440mm in regards to character and yet, it still performed well. Despite the rear anamorphic design, the image still offered some of the traits you’d expect from a proper front anamorphic lens. It’s size and weight certainly put it in a class of it’s own... But then again, so does it’s impressive zoom range. A truly versatile solution!

Angenieux wanted to give anamorphic shooters as much “front anamorphic” flavor as possible. They worked some magic into the lens’ redesigned rear group of elements. Not only will you get 2x anamorphic squeeze, but the 44-440mm flares very similar to front anamorphic lenses. The flares do steak in their own way and it’s a lovely blue color. This is new territory for rear anamorphic zooms. The other advantages of this lens are that much of the performance from the 25-250mm T3.5 that the lens is based on carries over to this version of the lens, therefore images are very sharp, contrast is high and breathing is very low. The lens has a bit of distortion, but it’s not the typical barrel distortion you tend to see with front anamorphic lenses. Instead you get pincushion distortion.

Again our main reason to include this lens in the test was to compare one of the most high-performance rear anamorphic lenses to a group of front anamorphic lenses. If you don’t need oval bokeh, but you want a high performance zoom that covers a huge range, produces beautiful lens flares and covers a 4:3 sensor, then this is the right lens for your project.

This was the only rear anamorphic lenses in our test and I think it is a great reference point between the differences of front and rear anamorphic. Rear anamorphic is like the "lite" version of anamorphic, it retains a few of the qualities, but not many. With that though you gain a huge zoom range and usability for some telephoto shooting. Like most anamorphic lenses, it does have distortion on the outer edges of the frame, but most manufacturers lenses produce a convex effect and the Angenieux produces a concave effect on the outer edges. They also have a nice subtle flare that do stretch horizontally, but are not very "in your face".  One thing that really stood out on the Angenieux lens is one of their signatures. A pleasing warm look and skin tones. The color on this zoom really stood out.

This lens is an anamorphic version of the new 25-250mm, using a different rear group. Uniquely it can be converted back to a 25-250mm spherical by exchanging the rear group and Focus / Zoom / T-Stop scales. The cylindrical group is in the rear, so this lens has round bokeh. The rear placement of the cylindrical group results in an anamorphic zoom lens with very good optical performance. The main technical characteristic of this lens is consistency. It’s performance holds up over the entire zoom range and field curvature is well controlled (better than many primes).
Projection scores range from .01 to 1.00 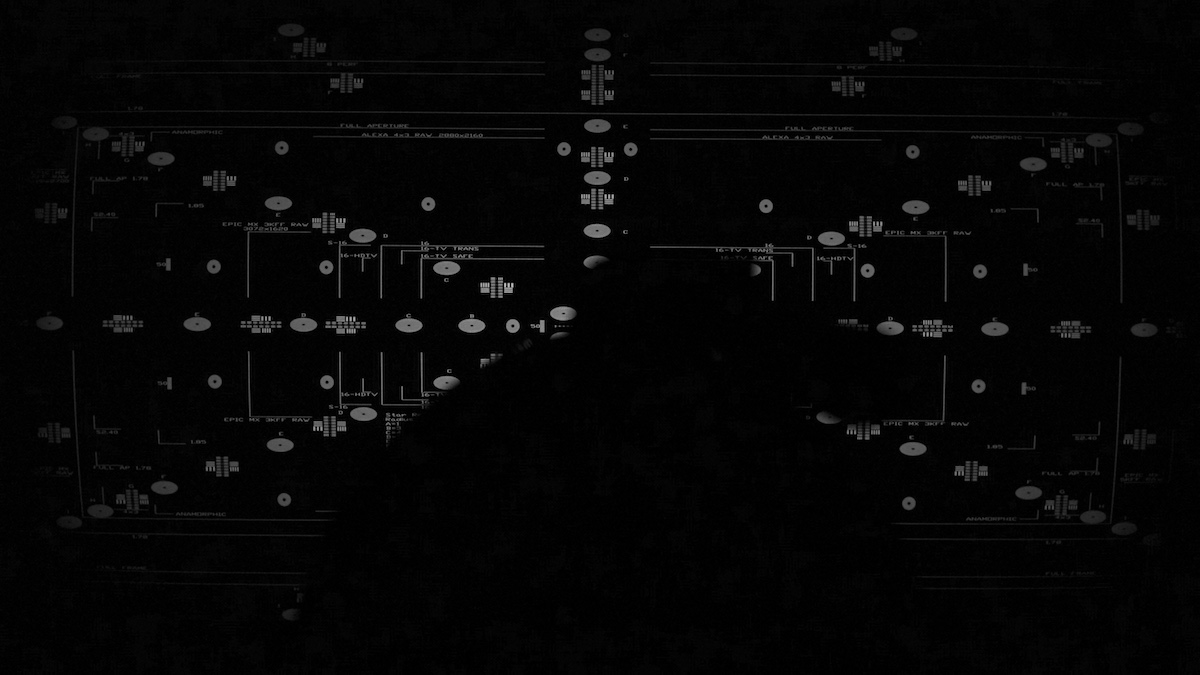